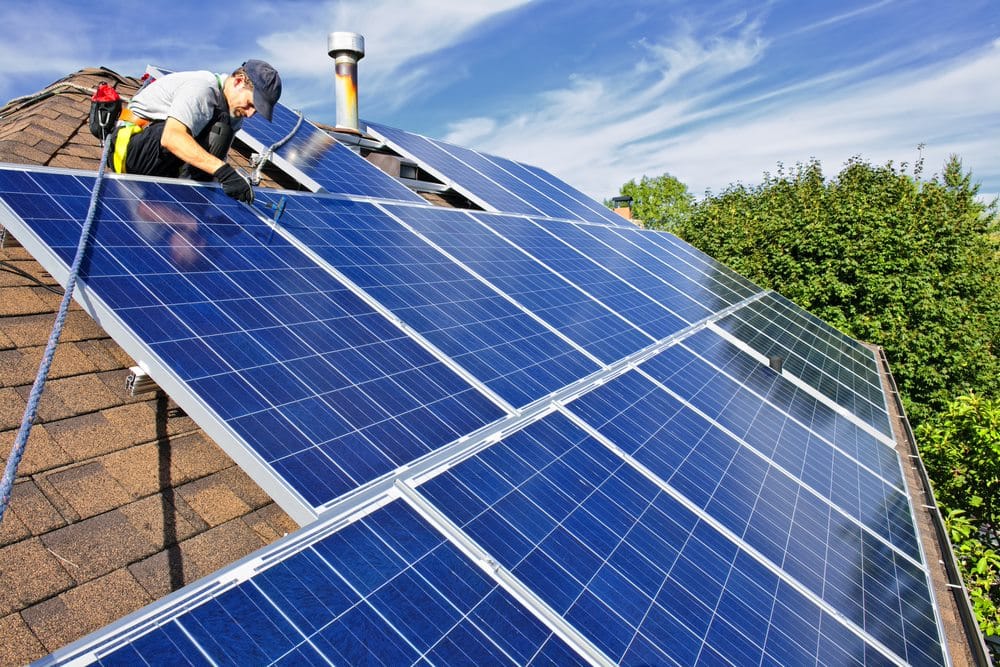 Solar energy is a clean and renewable source of power that can be harnessed without burning fossil fuels. Solar panels convert sunlight into electricity, meaning they don’t produce any greenhouse gases or other forms of air pollution.  This means solar power is a great way to help protect the environment while also reducing your utility bills. In addition, solar systems typically have higher upfront costs than fossil fuel-powered alternatives but require less maintenance and are more durable over time.  As such, those who install them usually recoup their investment in just a few years! Finally, many people choose to purchase or lease their panels from third-party providers as opposed to conventional electric companies because the latter often charge exorbitant rates for service with no end in sight.

Solar panels are a clean and renewable energy source

Solar panels are a clean and renewable energy source. They make electricity from the sun’s rays without releasing greenhouse gases, unlike fossil fuels such as oil, coal, and natural gas. A solar panel is made up of photovoltaic cells that convert sunlight to electrical power. These cells contain semiconductors-materials that can be electrically stimulated by light or heat to emit electrons that flow through an electric circuit to produce an electric current. The more photons (light particles) a cell absorbs, the higher its voltage output will be. Solar panels work best in areas with high levels of direct sunlight year-round because they require abundant sunshine for generating adequate power; however, due to their design, most people place them on rooftops where they have a clear view of the sky.

Solar panels are an environmentally-friendly way to generate energy. They don’t produce any emissions, unlike fossil fuels. Another advantage is that they’re a renewable resource and will never run out. Solar cells have been in use for quite some time now and the technology has advanced considerably since then. The latest models have a much higher efficiency rate than their predecessors.

The cost of solar cells is also going down all the time – prices have fallen by 50% over the last five years alone! And once you’ve invested in your system, it’s practically free from then on because you’ll be generating your electricity rather than paying someone else for it…    That means lower bills every month! In addition to being friendly to both our environment and our wallets, solar energy is also very reliable – it’s available day and night, no matter the weather!

Solar Panels can be installed on rooftops or the ground

Solar panels are the most common form of renewable energy. They can be installed on rooftops or the ground, depending on how much space you have available. Solar panels capture sunlight and convert it into usable power for your home, which means that you can save money by not having to buy electricity from your utility company. Installing solar panels also reduces pollution since it takes fewer fossil fuels to produce electricity this way. With all these benefits, it’s no wonder that more people are installing solar panels every day!

Installing solar panels will reduce your electricity bill. Solar panels are a great way to save money on your electric bill and help protect the environment at the same time. The installation process is simple and can be done by anyone with basic handyman skills, so no need to worry about hiring an expensive professional for this project. To get started, you’ll first want to figure out how much energy you use per day and what kind of roof space you have available for installing solar panels. Then, gather up all the supplies needed: a ladder or scaffolding if necessary, ladders (for roofs that require them), power drill with screwdriver bits, cordless drill battery charger, safety goggles or glasses with side shields, and heavy work gloves for handling the panels, and a utility knife (select the brand-new blade).

Now that you’ve gathered all of your supplies, it’s time to head up on the roof. Before nailing down any panels or cutting into shingles or tiles, check for any insulation between the rafters and the roof surface. If there is insulation between them, carefully remove it without tearing it apart so as not to create any holes in the ceiling below. Once you have finished this task, continue with laying down your first two rows of panels – one across and one perpendicular – making sure they are level with each other and parallel with the ridgeline.

If you add a solar power system to your property or company, you’re helping to reduce pollution.

If you add a solar power system to your home or business, you contribute to the health of our environment. Solar panels are an environmentally friendly way to generate electricity and can be installed on rooftops as well as ground-level spaces such as parking lots.   Solar energy is clean because it does not produce greenhouse gases like coal or other fossil fuels do. It also doesn’t pollute the air with soot and smog-like other sources of energy production do. Solar power plants don’t require water for cooling purposes, which means they use significantly less water than nuclear and coal plants do.

Solar panels do not cause any noise pollution

Solar panels are silent, but the machinery that runs them causes sound. This machinery is mounted on rooftops or placed in large fields of solar panels and it operates at a constant hum. The only time the machines make noise is when they need to be serviced, which happens about once every 10 years for the average system size. There are also no moving parts so there is no risk for loud screeching sounds like you hear from wind turbines. But if you’re worried about sound pollution, don’t worry because solar panel systems produce very little noise pollution.

Solar panels have an impact on a building’s value and might even raise it.

Solar panels have an impact on a building’s value and might even raise it. The more solar panels that are installed, the higher property values go. The average homeowner spends thousands of dollars to install solar panels. With this upfront cost, homeowners can save money on their electricity bills over time. They also get federal tax credits for installing the system because of the renewable energy they produce, which is worth 30% of the system’s cost upfront. These savings are projected to make up for all costs within 10 years or less if you’re using them as your primary source of power during that period.

Solar Panels Brisbane: How to Save Money and Help the Environment?

Buying solar panels in Brisbane is an investment that pays itself off. At first, it…

Reasons to switch to solar panels

https://youtu.be/dxPT7r3fdhI Solar power is one of the cleanest, cheapest, and most reliable sources of electricity. …