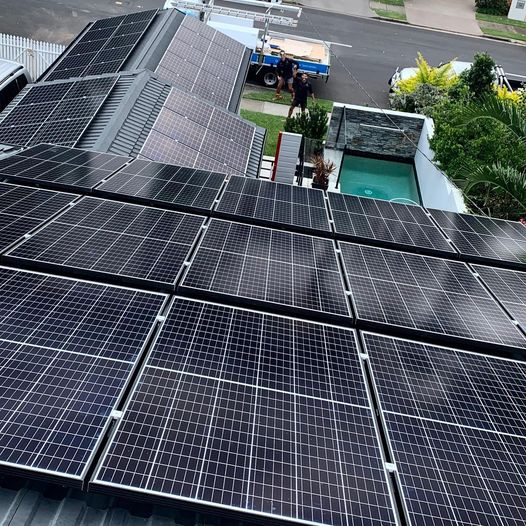 Currently, there are more than two million solar-powered households in Australia, which total more than 10 GW of power.

As the world transitions toward a sustainable and renewable future, Queensland homes and businesses seek solar power systems to move away from traditional fossil fuel sources.

As it currently stands, most homes and businesses are still reliant on traditional electricity networks for at least some of their power. Solar systems do not produce energy at night, and not everyone has battery solutions.

Once you factor in outages caused by natural disasters, storms and network problems, Australians are still dependent on grid electricity in most instances.

But is it possible to go off-grid entirely and rely 100 per cent on renewable energy like solar power?

What does going “off-grid” actually mean?

By going off-grid, you mean totally cutting yourself off from the national energy grid and relying directly on the solar power that you generate as well as your battery storage system for your home’s electricity supply.

Off-grid living means you can live a much more free life, which provides many economic advantages to both you and your family.

In addition, off-grid power options and solutions offer you the possibility of saving a lot of money. For many people, this incentive is sufficient to switch from the grid to live a life of freedom off the grid.

The benefits of going off-grid

Off-grid systems are independent of the grid but have batteries that can store excess energy produced by the system. Solar panels, batteries, inverters, grid boxes, charge controllers, mounting systems, and batteries usually make up the system. During the day, the panels capture enough sunlight to store plenty of energy, and at night, they generate extra power.

Because solar power is cheap to produce, it is a cost-effective way to power your Queensland home or business – especially with network prices rising every year. In most instances, an off-grid system will pay itself off in just a few years, which means it won’t be long before you are enjoying free electricity.

With the right solar battery installation, you will be able to power your home for long periods even if the sun isn’t shining as well.

What are the cons of living off-grid with solar?

While it is possible to live off-grid right now, the cost of batteries means it might still be more viable for the average household at present to remain on grid backup.

The technology required requires a significant upfront investment. Even though it would pay itself off quickly, not everyone has the capital on hand to make the switch and have a good return.

This is always changing, and in the coming years as solar technology becomes more efficient and battery storage capacity increases we will likely see the adoption of solar battery storage grow in Queensland.

The team at Big Sky Energy are experts in helping you find the best solar panel system for your needs. We can advise you on your specific situation and recommend if we believe solar battery storage is the right option for your needs.

Give us a call today to organise your free quote.

Are Solar Batteries Worth the Investment?

How many solar panels do I need?

If you are planning solar panel installation in Brisbane for your home, you’re probably wondering…

How efficient is your solar system?

It’s a question often asked by customers at Big Sky Energy, and until recently, it…