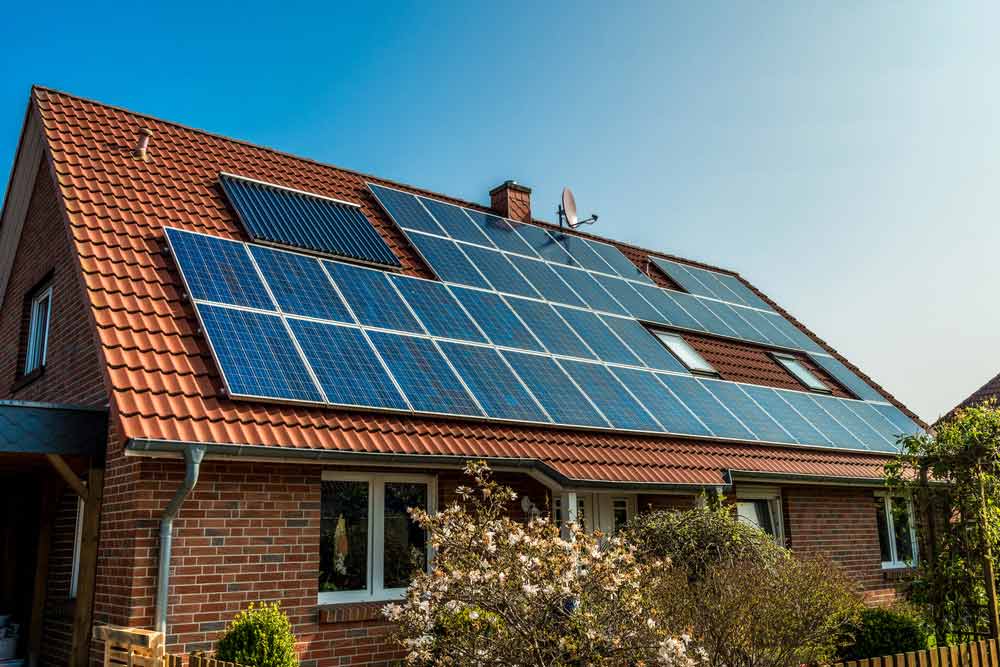 Solar power is a great way to save money on your electric bill. You can buy solar panels and have them installed on the roof of your house or business, then use that electricity for all of your needs. This is an easy way to earn money from free sunshine and reduce your reliance on the grid. There are also several ways to take advantage of solar energy without installing panels. You can lease a system, or invest in a solar energy credit. If you have a sunny roof, you can also install a solar thermal water heater to save money on your hot water bill. Installing a solar garden light is another easy way to enjoy the benefits of solar power without making a big investment. Whatever route you choose, solar energy is a great way to reduce your carbon footprint and save money on your electric bill.

Solar panels are a long-term investment that will save you money over time. Solar power is one of the most affordable and sustainable energy sources available to homeowners in the United States. It has been proven to be more cost-effective than other forms of electricity generation, such as coal or natural gas, which emit greenhouse gases and pollutants into the air we breathe.

The process by which solar panels convert sunlight into usable energy is very simple: when light strikes a photovoltaic cell (or PV for short), it excites electrons on the surface of silicon atoms that then create an electric current. This type of panel can produce up to 1 kilowatt per hour (kWh) during peak daylight hours with no moving parts and without generating greenhouse gas emissions. Solar panels work best in areas with plenty of direct sunlight, which means they are most efficient in warmer climates (like Florida). The United States has several regions that receive ample sunshine throughout the year.

Solar panels are a way to generate electricity for your home. They can be used to power other appliances, like water heaters, pool pumps, and electric vehicles. Solar energy is clean and renewable because it comes from the sun which will not run out of fuel in our lifetime. Solar panel systems use photovoltaic cells that convert sunlight into electrical current. The solar panel system then converts this electricity into AC or DC so it can be used by devices in the house or on the grid. This process is called net metering which means that any extra power generated by the solar panels during daylight hours gets sent back onto the utility grid as needed at night or when there’s less sunlight available.

You won’t need to pay for expensive energy bills anymore

Solar energy has been around for centuries. The Ancient Greeks used it to heat their homes, and in the 19th century, people started using it to power cars. Nowadays solar panels are becoming more popular as an eco-friendly way of powering your home. Solar cells can be used to generate electricity from the sunlight without emitting harmful emissions into the air, so they’re a great choice if you want a greener lifestyle or just want to reduce your reliance on fossil fuels.  One downside is that these cells only work during daylight hours when the sun is shining brightly, but some experts believe this will change soon with advances in photovoltaic cell technology. If you’re looking for an environmentally friendly way of generating electricity at home then solar is the way to go. Solar cells are also known as solar panels or photovoltaic cells. They’re typically made from silicon which has been refined into a thin wafer. Since the wafers are so delicate, the solar cells need to be protected by sheets of glass or plastic to keep them safe from damage.

If you’re considering installing solar panels at your house, talk to a company like Big Sky Energy

If you’re considering installing solar panels at your house, talk to a company like Big Sky Energy, about what they offer and how much it would cost. The first step is figuring out if solar power is right for you by checking out the “solar map” on the EnergySage website. The map shows which states have a high amount of sunshine, as well as other factors such as the cost of electricity and whether or not there are state incentives available. If your area has plenty of suns and isn’t too cloudy, then go ahead with installation! Installation can be done in many different ways depending on the layout of your property, but once installed this renewable energy source will reduce your monthly electric bill dramatically while also helping protect the environment.

The average homeowner saves $10-$30 per month

The average homeowner saves $10-$30 per month on their power bill after switching to solar. This is a significant amount of money that can be saved over a year! Solar panels are an investment in your future, not just in terms of dollars and cents, but also for the environment. Solar panels last about 25 years with no maintenance costs–the only upkeep required is occasional washing or dusting. They produce clean energy when you need it most—in the middle of summer when air conditioning units are running full force and electricity rates are high. If you’re considering installing solar panels on your home, look into whether or not there are any rebate programs available to help offset the cost (there usually is).

You’ll also get tax credits from the government

Solar energy is a renewable resource that has no negative environmental impact. It doesn’t emit any gases or pollutants into the atmosphere, and in fact, can even help to reduce pollution in urban areas by reducing the need for other power sources. Solar panels are also cost-effective because they use free sunlight, which means you’ll never have to pay for fuel again. You’ll also get tax credits from the government if you install solar panels as well as rebates from your utility provider or state government. Solar energy can be used at home or on commercial buildings to generate electricity and heat water for domestic use, but it’s also possible to combine solar heating with other forms of heating like geothermal systems so that air conditioning units don’t run all day long. Solar panels are flexible and can be used with highly efficient boilers that work along with solar power, meaning that heat is constantly supplied to your home.

The best way to save money on your electric bill is to know how much you’re using each day. There are many different ways that this can be measured, but the most common is by kilowatt-hours. Your monthly payments depend on how much energy you use each day so there’s no one size fits all option.   It’s important for both residential and industrial customers alike to monitor their usage because they are responsible for paying for it, not the company supplying the electricity. That means if you want cheaper rates in the future, make sure you’re doing everything possible now to conserve energy.

Brisbane – the perfect place for solar